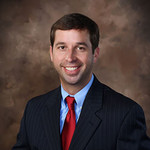 Brent returned to Metter and opened Brent C. Carter, P.C. before founding CarterFranklin, LLP in 2008 with his partner, Justin D. Franklin. Brent is admitted to practice in the State of Georgia and in numerous Federal District Courts.

Brent appreciates the chance to give back to his hometown to make sure they receive the justice and care they deserve. When Brent is not at the office, he enjoys time with his three children with his wife, Candace.

Thank you for contacting us. We will get back to you shortly.

Please complete all required fields below.

How To Find Us